Many animators over the years have suggested their own lists of animation principles, but most are based on a list originated by Disney animators Ollie Johnston and Frank Thomas. Frank and Ollie listed 12 basic principles (listed below):  Squash and Stretch,  Anticipation, Staging, Straight Ahead Action and Pose-To-Pose, Follow-Through and Overlapping Action, Slow In and Slow Out,  Arcs, Secondary Action, Timing, Exaggeration, Solid Drawing, and Appeal.  Others since then have added their own ideas to this list over the years, but these are still the foundation principles at work in almost every kind of animation ever used.

Keeping these principles in mind while you work on projects will help you focus your efforts, and help you make your animation efforts as artistically strong as possible both for yourself and for your audience
Staging is making sure the audience sees what you want them to see first and foremost and with minimal distraction.
Straight Ahead and Pose-to-Pose are two ways to create character movement - in the former, the animator moves sequentially through the action; in the latter, the animator first sets up arrival points (poses) in the action and then later fills in the less important moments.
Follow-Through takes into account the fact that actions continue past an end pose, while Overlapping Action recognizes that different parts of a body (or scene) will move at different rates and within different time intervals.
Slow In and Slow Out recognize the effect of inertia as a body begins to move in a direction and comes to a stop or changes direction.
Arcs is a reminder that natural bodies tend to move in arcs while machines tend to move in straight lines.
Secondary Action is something accompanying - and amplifying - the main action: a character could be weeping as he walks to indicate emotion as well as movement.
Timing is simply how long something SHOULD take in terms of how many frames are required (at a certain f.p.s.)
Exaggeration is a key ingredient of animation because we have the ability to accentuate something in order to help tell a story, define a character, set a mood, etc. In fact, it's a necessity because un-exaggerated things in animation work against the audience's mental processes and are usually ignored.
Solid Drawing refers to the artistic skills needed by the animator to depict directly what he/she wants to have on the screen and to give it life. 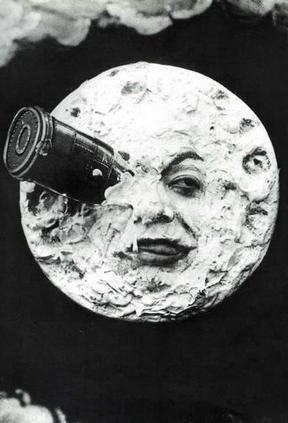 Animating something means giving it life.  Life is defined by movement and growth.

When we animate objects and images using Stop Motion techniques, we assemble a sequence of images taken separately that show different positions of the objects shown over time.  The reason it's called "Stop Motion" is that the objects are moved when the camera is stopped. An alternate way to describe it is to give motion to something that was stopped when the image was taken of it. When the images are replayed in sequence at a rapid speed, our eyes blend the sequence of images together and our brains see the images as appearing to move.

All motion pictures also do this by using special cameras that rapidly take separate photos as the subject(s) move(s) in front of it (motion pictures=pictures in motion), and then using special projectors that display the completed series of images in such a way that our brains can connect the images into continuous motion.

Stop Motion animation is both simpler and, at the same time, more difficult.  We do all the work ourselves in a stop motion movie - we move our actors step by step, we create the backdrop, the scenery, the props, and even the costumes. After we set up everything, we pose our actors in different moments of an action and a camera takes a picture of the pose.  If the actors are not alive, the movie maker must pose them for each shot.  Whew! This takes a lot of time!

Furthermore, if we want our "actors" to speak, we have to provide the sound; we even have to make their lips move! Or we have to provide them speech bubbles.  And we have to add the other sound effects in the soundtrack, as well as the music background. So, stop motion animation is really a comprehensive form of movie making that involves all the standard directorial requirements for shot making and sequencing, as well as  blocking of actors, setting up stages, lighting, props, wardrobe, sound effects, and so on.  Storyboards and scripts are needed, too.  Wow!

Using clay as your main medium is a challenging but extremely expressive way to use stop-motion techniques. It's no wonder that many of the greatest and most memorable examples of the art of animation have used clay, or a modernized form of clay called plasticene.  Clay is soft and pliable and, when animated, seems to take on a life of its own more than almost any other method mentioned here. See the limited example above.  As you can see, while clay is easy to work with, it takes practice to use it well.

Clay is three-dimensional, and can be easily altered for each shot.  However, because of its weight and pliability, it can end up moving between shots if not supported.  This is why many clay animators build an underlying skeleton, called an armature, to help support the weight and positioning of a clay figure.  Most modern clay animators use clay/plasticene combined with other media such as wood, plastic, cloth, and metal, to take full advantage of each component's strengths.  For example, an animator might make a puppet body out of wood and cloth, and attach a hardened-clay head fitted with a soft clay mouth and soft eyebrows, and glass bead eyes.  Because of their individual strengths, these materials can all contribute to a character that both looks "right" and is easy to manipulate in stop motion. [Check out the Clay Animation videos page.]